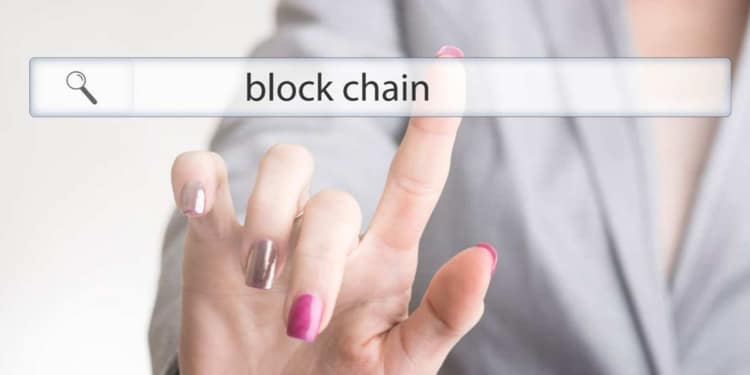 Search, Social, and Blockchain Technology: Decentralizing the Economy of Discovery and Attention?

Anybody with an interest in the future of technology has no doubt heard of blockchain technology by now–or at least of bitcoins, the technology that has gained the most attention from its use. Recently an article by author William Mougayar appeared with the title “The Blockchain is the New Google”, causing many newcomers to ask “what’s a blockchain?” and more in-the-know Internet denizens to follow up with “how will it affect search engines and content on the web?”

What is a “Blockchain?”

While simple in concept, blockchain technology is deceptively complex. This infographic published by Q Insights gives a good example of how it all works:

Essentially, blockchain technology utilizes complex mathematics that allows for unequivocal trust in peer-to-peer transactions. In the case of bitcoin what we see is the ability to trace every user transaction without worrying about fraud or transparency issues because the interaction is authenticated via the blockchain algorithm and “hash” connections. What this creates is a decentralized ledger that cannot be fudged in any way.

The transparency provided by an automated ledger like this means that after a transaction is mathematically verified via these hash connections, nobody will have to rely on third-parties (think clearinghouses, escrows, banks) to establish or regulate trust again. Because of this, blockchain has been touted as able to change industries all over the world, from easier and financial auditing techniques to mathematically stronger IT security to the reinvigoration of the economics of art, as author and futurist Romie Stott predicted and artist and entrepreneur Imogen Heap has expanded on in the real world.

Doing away with intermediaries that regulate, centralize, and economize “trust” and “discovery” is the key to blockchain success, and the driving move that could change how we find and consume content forever.

Decentralization of Discovery Through Blockchain

Blogger and blockchain enthusiast Maciej Olpinski wrote a piece on his website, “Recreating Google’s PageRank on The Bitcoin Blockchain” where he makes the assertion that discovery is the holy grail of the web. Anybody that works in Internet Marketing or Content Marketing Creation understands this, but Olpinski says it best himself. To sum it up:

“Content and information are abundant and are becoming more abundant at an exponentially growing pace… So the entire concept of ‘content monetization’ is becoming more obsolete. Whatever is abundant is not valuable anymore. The primary scarcity of today’s world is ‘attention’… The growing amount of apps, services, products, the news is competing for your limited amount of attention and this competition is getting fiercer… Extreme centralization of discovery leads to the situation we’re having today with few big winners taking all of the profits. So everyone working in the decentralization space that wants to ‘fix the Web with Bitcoin or blockchain’ should focus their efforts on decentralizing discovery.”

In Olpinksi’s mind, Google currently acts as the “ledger of the Internet”. Links really don’t hold SEO value unless Google (or any other search engine using the “links as a metric” system) recognizes that they do, meaning that links are “attention currency” and that Google has centralized this economy. What if though, Olpinski posits, instead of placing an HTML tag to link back to a website, you were to send a microtransaction from your bitcoin address to a target “link address” with metadata detailing the transaction? The first bitcoin address ever, held by creator Satoshi Nakamoto, is used as a visual example of how this might work.

“In the future Attention Economy, attention and value will be exchanged on the same blockchain based link-graph.”

Pretty crazy huh? Though we’re still years away from this type of system, it just goes to show how much bitcoin and the blockchain are poised to revolutionize the world in every aspect. For a more in-depth reading and post-style responses to Olpinski’s propositions, check out his full post on Medium.com.

Learn more about SEO, content marketing, and web design at Infintech Designs – New Orleans and how these elements are connected to the Blockchain Technology.